“Hello, young lady. How about doing something creative?” said the woman with her cheerfully loud voice. She was enthusiastically waving me to her booth. I was at the BrightonSEO — one of my favorite search engine marketing conferences in the UK. The speeches were already over and the fun evening program had begun. Thanks to the keyword “creative,” the artist didn’t have to convince me. A few minutes later, I was sitting at her booth as a willing drawing student, and immersed myself in Picasso’s world together with some other conference participants. After 45 minutes I looked proudly at my almost finished ink drawing: a starfish, decorated with many detail-loving ornaments.It looks pretty good, I thought to myself. Just a few more strokes and it will be like the original version. I continued to draw with great concentration. And then it happened! A small amount of ink dripped out of my pen and landed in the middle of the picture. A little shocked, I stared at the ugly ink blob that seemed to have ruined my work of the last 45 minutes within seconds. “Oh, no!”, “Oh, what a pity!” and “The picture is ruined!”, some compassionate faces from the drawing group uttered. The teacher looked at her watch and then said with a regret in her voice, “I’m terribly sorry, but unfortunately there won’t be enough time for a new picture, we close the booth in 15 minutes”. Fantastic, I said to myself with a little irony. I had been sitting at this picture for so long, had invested so much time, and now it all had been for?

I took a look at my black fingertips soaked in ink, and then peered at the trash can. Now would be the perfect time to redeem the beer voucher I had in my left pocket, it flashed through my mind for a moment. I could just crumple up the picture, throw it into the trash bin and walk to the bar. NO, I said to myself, the beer can wait! You’re certainly not giving up now! I calmly examined my ruined picture. The objective was to redraw the original 1 : 1 and that was no longer possible. I needed a different approach. Time was running out. Suddenly I had an idea. I took up the excess ink with a handkerchief and transformed the ugly ink blob into a circle. On the opposite sides of the circle I drew some more and repeated the whole procedure over the whole picture. The picture changed and no longer had much in common with the original version, but I liked it much better because it looked more interesting. The artist looked at my final result and told me enthusiastically that I developed my own style within a very short time. While I was waiting for the drawing to dry, I thought about how failure is the fuel for innovation. Innovation begins when you leave your usual thinking paths.

Two factors determine if we are able to move out of our daily comfort zone and come up with fresh ideas:

1. The innovativeness and error-tolerance of the environment in which we operate (corporate culture)
2. How well we have developed our own “out-of-the-Box” thinking abilities

When I discuss the innovation topic with people from my European network, I notice that there isn’t a deep-rooted failure culture through all management levels. This is especially the case with big companies. Often the companies are still rewarding their employees for target-oriented success and the usage of secure and well-known paths. At the same time, however, employees are encouraged to regularly come up with innovative ideas. Most companies are aware that they need innovation to remain competitive. However, the paradox is that there is hardly any room for developing innovative ideas in the daily processes of a company. This means that employees have a hard time developing their “out-of-the-box” thinking in the corporate environment. By rewarding the tried and tested, the motivation to experiment is taken away. The ruined ink painting ends up in the trash bin, as the goal was to copy the template 1 : 1. Task not fulfilled! Grade unsatisfactory! And although some would argue that there are innovation departments (which is true), the culture of failure is typically celebrated in microcosms, but not carried across departmental boundaries.

The author Mike Malone once described Silicon Valley, the world’s role model and birthplace of innovation, as a cemetery – the cemetery of failed projects. I think that’s a wonderful picture. Failure is the greatest strength of Silicon Valley. Every failed project is a lesson stored in the collective memory. Failures aren’t stigmatized but admired. You learn from mistakes and new products or business models arise from them. Amazon and Google are the best examples. How often did these companies invest resources in projects that didn’t work out in the first place? However, the lessons learned from these failures have been successfully incorporated into new products. Goodbye trash bin. Tom Kelly, Managing Director of the innovation agency IDEO, advises: “Fail often so that you can succeed sooner”. 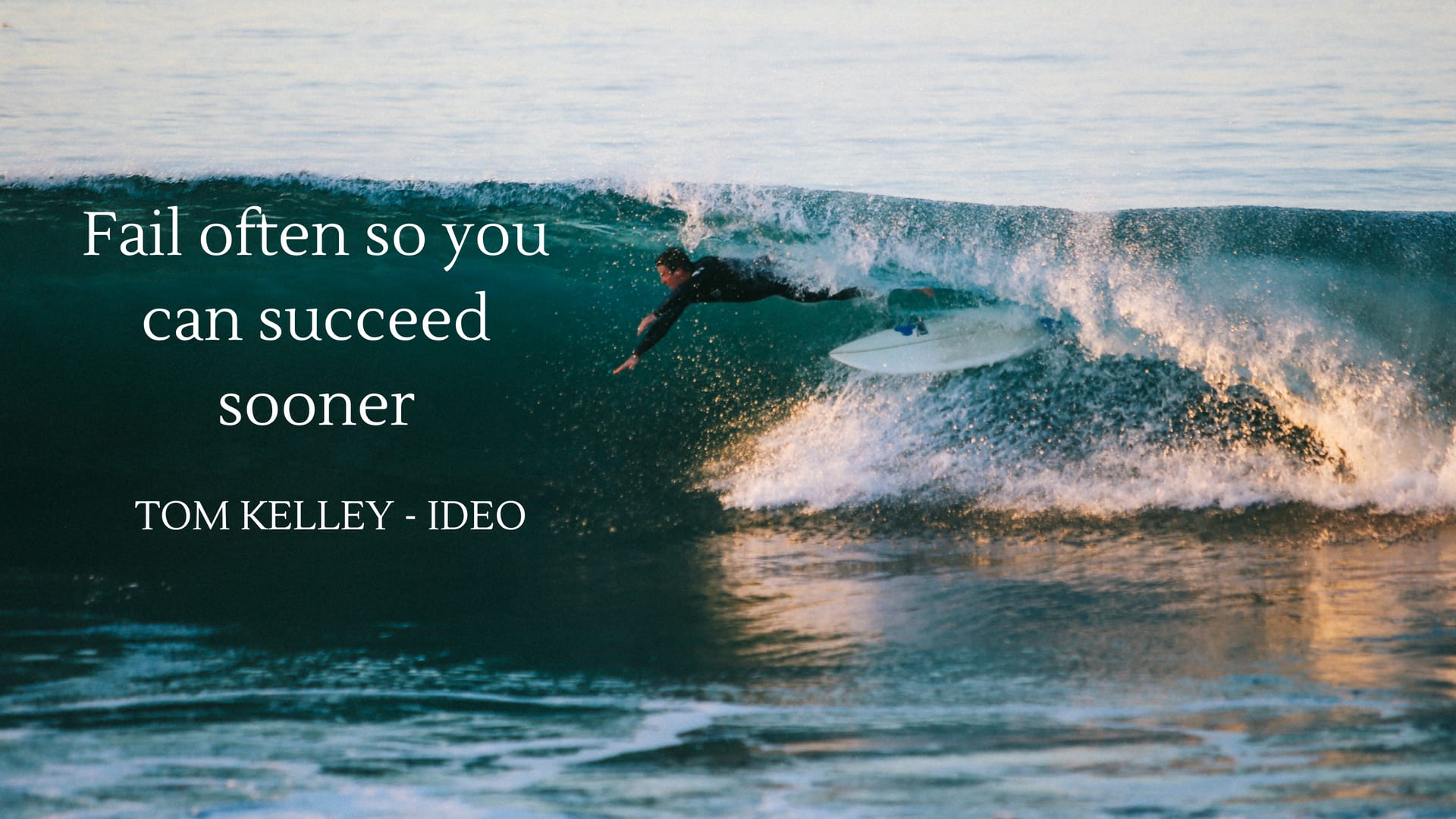 How can you as team leader establish this failure culture in your department?

1. Set aside time for innovation
Developing ideas takes time and can’t be done during the coffee break. If there is too much to do in day-to-day business, set priorities. If innovation is important for the company, then a certain proportion of working time must also be made available for it.

2. Celebrate failures
Take the risk that the ideas will not bear fruit in the first attempt. Don’t talk about failed projects, talk about learning. Reward experiments, celebrate the courage of employees and share the knowledge gained from them across departments. In the same way you create a mindset shift and train the “out-of-the-box” thinking.

3. Plans are good, but stay agile
Innovation requires a certain amount of leeway. You create something, test it, adapt it and if necessary you have to be prepared to deviate from your original plan. A good example of this is the story of the Jacuzzi brothers who invented the whirlpool in the 50s. Their target group were people suffering from arthritis who were to use the whirlpool as a therapy pool. Although the product was good, it flopped. The sales figures were miserable. But they did not give up and did not reject their product idea. They conducted intensive research, adapted the whirlpool and directed it to a completely different target group. It became a luxury product for the rich. The brothers’ rethinking was rewarded. The whirlpool became a bestseller. Failures are therefore never for the trash bin, instead they contribute to the success of the next project or the next business idea.

What are your thoughts on innovation and failure culture? I’d love to hear from you.